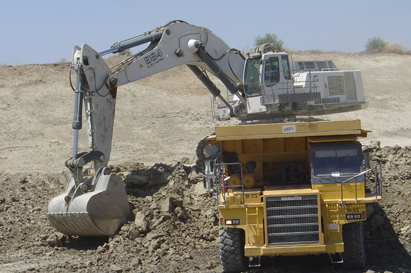 Excavaciones Pastor, S.A. has been awarded the earthworks of Gorgoracha – El Puntalón in Granada (SPAIN).

Isolux Corsan has awarded Excavaciones Pastor, S.A. the earthworks for the Main Contract being carried out at Gorgoracha – El Puntalón in the province of Granada (Spain), executed on behalf of the Ministry of Development. The work consists of 680,000 m3 cut, of which 260,000 m3 will be performed in rock drill& blast, 497,000 m3 embankment filling and 178.000 m3 of levelling and sub-base layers. The working period is of 11 months.

EXCAVACIONES PASTOR, S.A. It establishes as priority objectives, customer satisfaction during operations Earthworks, including a commitment to continuous improvement.

Please contact us through social networks, through email, phone or visiting our facilities.